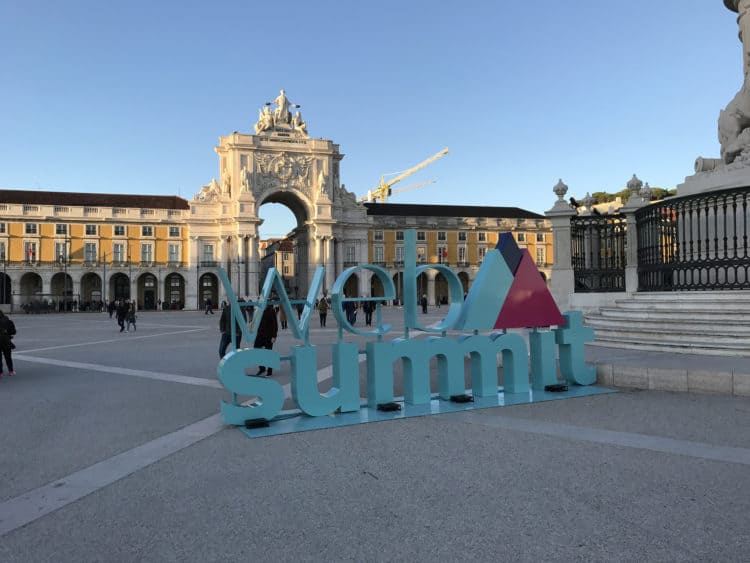 – 53,056 people from 166 countries joined us in Lisbon for Web Summit.
– We are pleased to say that our Women in Tech initiative has meant that the female/male gender ratio at Web Summit 2016 is 42% to 58%. Nearly half of our registered attendees in Lisbon this week were female.
– Over 4 million views on Facebook Live
– Those who couldn’t join us in Lisbon for Web Summit were watching our Centre Stage talks live on our Facebook page. Our stream picked up 4,207,053 views over the course of the three days. Catch up with all of the talks here.
– 1,835,841 messages were sent on the Web Summit app.
– The average time spent on a session in the app was 12.26 minutes.
– 5,081 marathons walked by Web Summit staff
– 97,000 Pasteis de Nata consumed. That’s a lot of pastry. What was it washed down with? Coffee. And lots of it.
– 37,000km of fibre cable. Or in other words, enough to run to the peak of Mount Everest four times.
– There were 34,700 seats set out for attendees to catch talks.
– We had 17 stages for our 21 redesigned, standalone conferences.
– 1,490 startups from across the globe
– 135 joined START, our track for our most promising startups. 270 joined BETA, our growth-stage track, while 1,080 joined ALPHA, our early-stage track.
– 1,300+ of the world’s most influential tech investors from the world’s leading funds joined us.
– They took part in our Office Hours scheme, meeting Web Summit startups for pre-scheduled 15-minute meetings. Up to 30 Office Hour sessions took place at any given time.
– 650 Mentor Hour sessions took place where entrepreneurs and investors offered advice to startups.
– 677 world-class speakers
– From Facebook’s and Amazon’s CTOs to Tinder founder Sean Rad to footballing greats Luis Figo and Ronaldinho, we had an incredible group of speakers.
– Check Descendants star Shailene Woodley talking about the fallout of the US presidential election.
– Nearly half of our registered attendees in Lisbon this week were female – a 42 to 58 percent female-to-male ratio.
– One iPhone smashed by two of the NFL’s greatest ever wide receivers Terrell Owens and Greg Jennings. Two of the NFL’s greatest ever wide receivers. Throwing an iPhone 40 yards. Only at Web Summit.
– Four ALPHA startups visited by Product Hunt founder Ryan Hoover
– Product Hunt founder Ryan Hoover gave great talks on our PandaConf and Centre Stages. He even found time to check out some Web Summit ALPHA startups.
– 2,000 of the world’s leading media came to tell the stories coming out of Web Summit.